What is a voicebot ? Explanations, mode of operation and benefits 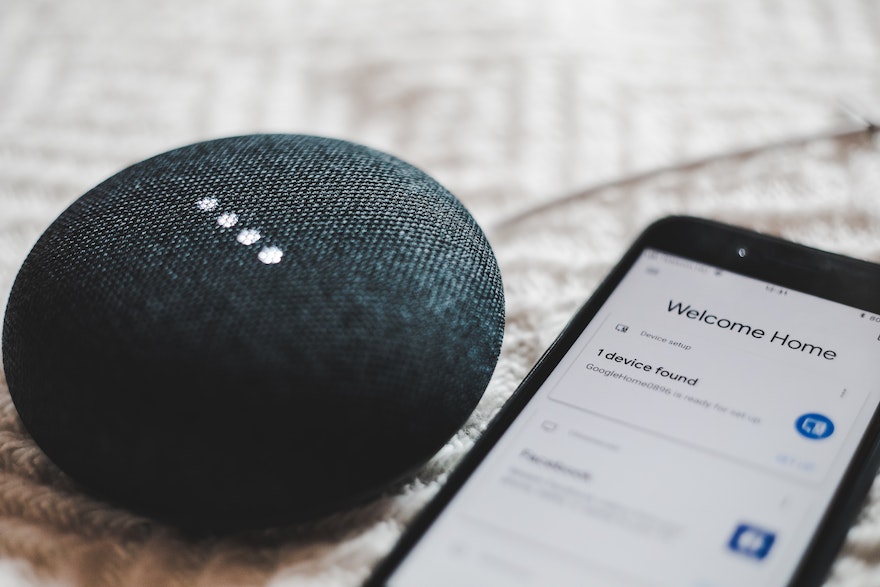 Covid-19 has turned our lives upside down and changed the work habits of millions of people around the world. Many companies have seen their contact center strongly impacted by the explosion of the number of requests to be treated. Less time, less resources, but more requests: in 2020, the world of customer service was facing a real challenge. A new kind of technology has been more useful than ever: voicebots. But what is a voicebot exactly?

In 2020, a study conducted by NICE InContact revealed that 39% of interactions in contact centers were fully automated and took place without any human intervention, thanks to artificial intelligence. Voicebots accomplish such missions. So why are more and more companies turning to this innovative technology?

The automation of simple and repetitive operations increases contact center productivity, while saving agents a lot of time. This technology also improves the customer experience. In fact, a voicebot meets the new requirements for immediacy and offers fast and efficient responses, without any waiting time and in complete autonomy.

So what exactly is a voicebot? How does it work? What benefits does this technology bring to the world of customer service? And what is the difference between voicebot, callbot, chatbot?

A voicebot is a conversational robot able to speak with a caller.

In other words, a voicebot is a virtual agent capable of understanding, interpreting and then analyzing requests expressed by an individual and responding to them vocally with everyday words, which is called "natural language".

It is based on conversational artificial intelligence, which designates the set of technologies that aim to teach robots to understand human language and the intentions conveyed by words.

The best known voicebots are called Siri, Alexa or answer when you say "Ok Google". Available on multiple media, including smartphones, they are developing more and more in our daily lives. Voicebots can be integrated into connected objects (household appliances, car...), manage phone conversations (callbots), start a conversation from a website or a mobile application…

In 1961, IBM launched its first computer with digital speech recognition, known as Shoebox. At that time, it was very basic since it could recognize only 16 words and numbers from 0 to 9.

It wasn't until the 1970s that speech recognition technology was developed by Carnegie Mellon University in Pittsburgh, Pennsylvania.

In 1993, IBM launched the first smartphone called Simon, which introduced the foundations of intelligent conversational agents. At that time, Simon was the first commercial product capable of converting spoken text into written text.

Voice technologies really took off in the 2000s when Google, Apple and Microsoft took over. In 2008, Google launched the Google Voice Search application that allows users to perform voice searches. Siri will be the first digital assistant available on the famous iPhone 4S in 2011.

Since then, voice assistants have continued to develop and make our daily lives easier in many ways.

If voice technologies are increasingly interesting companies, it is also because younger generations have massively adopted voicebots in their daily lives. For the sake of immediacy and simplicity, many people prefer to interact with people by voice, which is the most spontaneous mode of communication for humans.

Moreover, the voicebot is a practical conversational agent to be integrated into our daily life: we can talk to it while driving, cooking or taking care of our children.

How does a voicebot work ?

From a technical point of view, the voicebot understands the request expressed by the speaker in natural language thanks to voice recognition, with a success rate up to 98%.

When the caller speaks, the system detects his voice thanks to the VAD (Voice Activity Detection). The sound is then transformed into text thanks to an automatic speech recognition (ASR) system. These two bricks make up the STT (speech to text) engine, and allow a voice to be transcribed into written text.

This text (transcript) is then analyzed by the artificial intelligence engine, called NLU (natural language understanding), which is able to understand the objective of the caller's request from the words he uses. Just like a human does, after all!

Finally, the voicebot chooses the answer to bring to the caller, and synthesizes it orally thanks to a TTS (text-to-speech) engine. And the most impressive thing is that all these operations last less than a second!

Siri, Ouibot, Alexa... These vocal assistants talk to you every day! They are all virtual agents based on conversational artificial intelligence. But what makes them different in practice?

Voicebot vs. chatbot: what's the difference?

Although they are based on the same technology, a voicebot and a chatbot do not operate on the same channel. As its name suggests, a voicebot works only on the voice channel. On the contrary, the chatbot is reserved for the text channel, and can only work on a website or an application.

Due to this difference, the voicebot requires two additional features compared to the chatbot: voice recognition, to transform the sound of your voice into a sequence of words that will be analyzed by the same type of engine as a chatbot; and speech synthesis, which allows the robot to speak in order to transmit the answer orally.

Voicebot vs. callbot: what's the difference?

The callbot is a specialized voicebot, to which you can only speak over the phone. Indeed, a voicebot integrated into a smartphone or a connected speakerphone will be able to handle many simple operations, from sending a text message to setting the house heating or searching for the weather of the week.

On the other hand, voicebots deployed on the phone channel, or callbot, will generally be used by customer services, and will therefore have to handle entire conversations from end to end. The callbot conducts a real conversation with the caller, and must include whole sentences to conduct discussions that can last several minutes.

Voicebot : what's in it for tomorrow's customer service ?

The use of voicebots has indeed been popularized. They appear more and more as a credible and profitable solution that perform simple operations. Here are a few good reasons to adopt these voice technologies :

Improving customer satisfaction is a major stake in the success of any company. Voicebots meet the needs of users for immediacy and autonomy. Easy to use and available at all times, they promise fast interaction without waiting time.

They are also a valuable self-care tool for customers, as the latter gets a satisfactory response to their request without any human intervention. Displaying a high comprehension rate, voicebots make the user experience more fluid and help retain customers.

Voicebots are a time saving for companies. Indeed, the automation of simple and repetitive operations frees up human agents' time and allows them to respond to high value-added requests, when customers really need them.

For a customer service department, managing high call flows represents a significant financial cost. In companies that receive at least 500 calls per day, the implementation of a callbot allows to generate important productivity gains and to divide by 4 the cost of a call.

Voicebots are not intended to replace human agents. On the contrary, the implementation of these innovative voice technologies allows us to complement human agents.

Thus, voicebots make it possible to handle simple and repetitive operations, while human agents work on more rewarding tasks. Therefore, the development of artificial intelligence improves the quality of work of advisors, and reduces the risk of turnover.

In conclusion, it seems that voicebots are well on their way to continuing their development in our daily lives. Their promising functionalities make our everyday life easier, and these conversational agents offer greater fluidity, speed and time savings to the users. On the business side, they also represent a definite potential, especially in terms of customer service. To find out more, don’t hesitate to contact us. 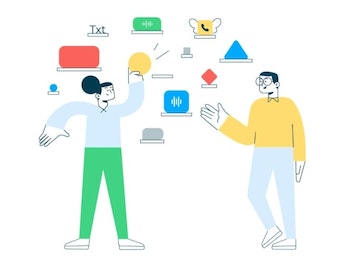 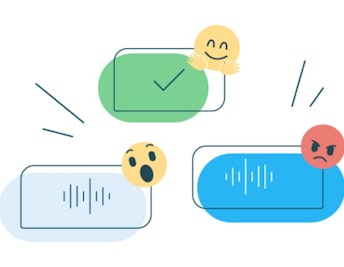 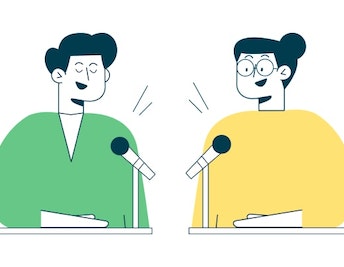